The celebratory night highlighted the early formation of FiRE including a video message from founding members Sandy Panopio and Valerie Francisco, former Chairperson of GABRIELA USA.  The night continued with a comprehensive presentation of 10 years of campaign work, cultural productions, struggles and victories recapped by Jennine Ventura of GABRIELA USA stating “conducting Personal Migration discussion allows us to help Filipino women in the U.S. understand the connection between their own migration or why their families migrated here in the U.S.to the issues and conditions in the Philippines.”  Zarah Viñola of the National Alliance for Filipino Concerns (NAFCON) USA highlighted the contribution of GABRIELA New York in fighting against Modern Day Slavery under NAFCON’s STOP Trafficking Our People Campaign.  Struggles of trafficked survivors have been the focus of Diwang Pinay cultural program.  From exposing impact of U.S. militarization in the Philippines to canceling NBC’s “Mail Order Bride” show GABRIELA New York upholds its commitment to defend women’s rights.

Interspersed throughout the program were cultural performances and recognition of key organizations and early partners like Philippine Forum with Kabalikat Domestic Workers Network, as well as honoring long-standing solidarity allies.  Keynote speaker Monica Moorehead, 2016 U.S. Presidential candidate on the Workers World Party ticket and International Women’s Alliance executive committee member stated, “When I was preparing to visit the Philippines for the first time in 2011 as a representative of Women’s Fightback Network for the First General Assembly of the International Women’s Alliance, the Gabriela sisters invited me to attend a day long educational session at Hunter College on the historical role that women have play in the Philippines dating back to the struggle against Spanish colonialism to the struggle against U.S. imperialism.  Not only was this informative but also extremely interactive and engaging.  It really deepened my political consciousness more than any book which really helped to prepare me for what I was about to experience in the Philippines with the Gabriela sisters there…  All the movements can take lessons from how Gabriela organizes and we look forward to continuing to learn from your talents, skills to fight shoulder to shoulder with you until all forms of class rule are swept away into the dustbins of history.”

As a militant women’s organization based in the U.S., GABRIELA New York continues its exposure program, designed to reveal the true current conditions and pressing issues of the Philippines through visits with different community organizations who are working to address those issues.  Exposurists have the opportunity to integrate with different sectors of Philippine society, such as the urban poor, LGBTQ, indigenous tribes, migrant workers, and women.  Raising almost $1,000 at the anniversary to support GABRIELA NY members’ 2017 exposure trips to the Philippines, monetary contribution is encouraged to promote future “expo” programs.  You can can find us on Venmo (@GabrielaNewYork) or contact Cole Carothers (colejcarothers@gmail.com) for more information on how to donate.

GABRIELA New York will continue to uphold the fighting legacy of Gabriela Silang, the first Filipino woman to lead a revolt against the Spanish colonization of the Philippines.  In the spirit of being modern day freedom fighters, we must RISE against all forms of violence, RESIST militarization and defend our sovereignty and UNITE towards national and social liberation.  Stay connected to us through social media or at www.gabrielanewyork.org 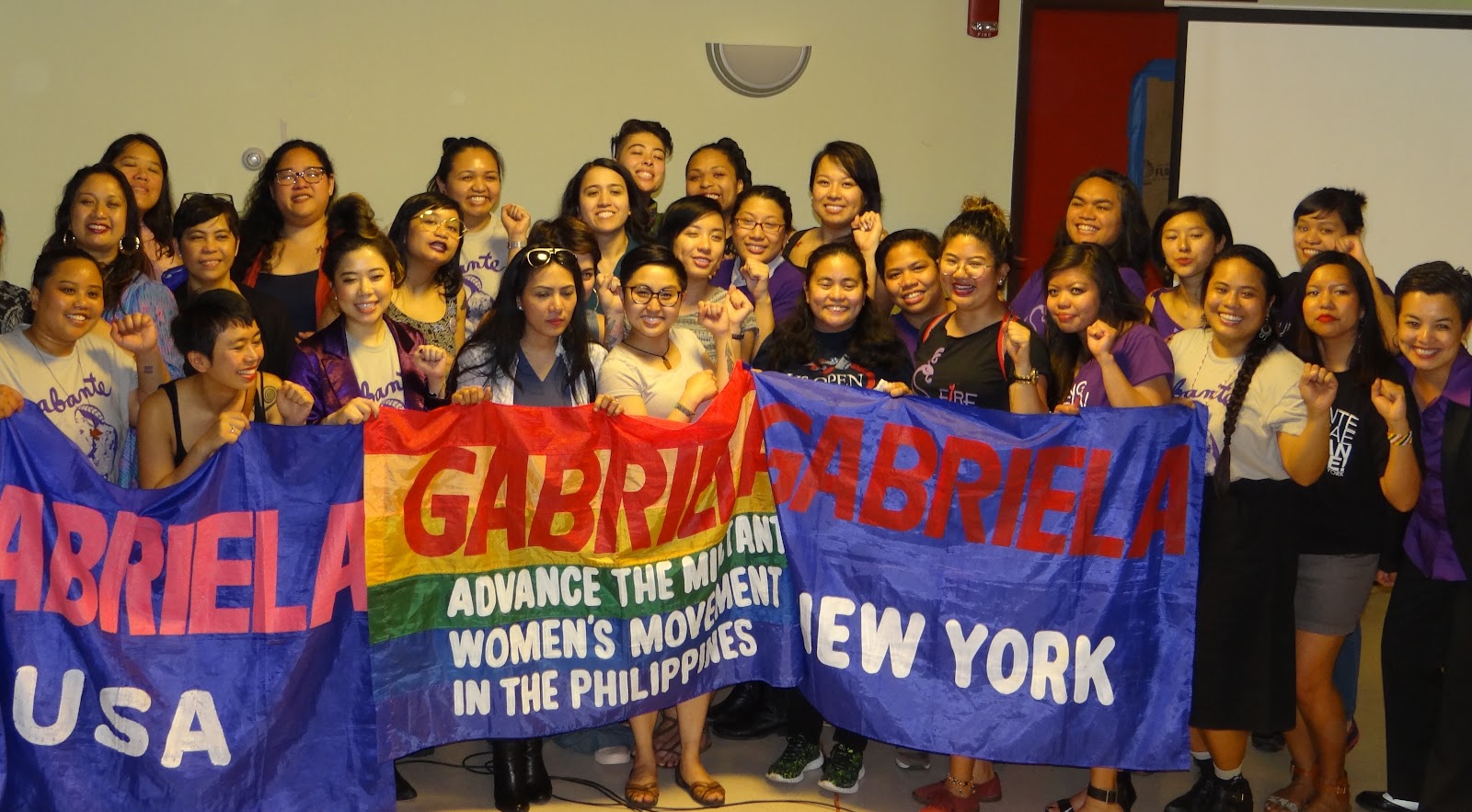 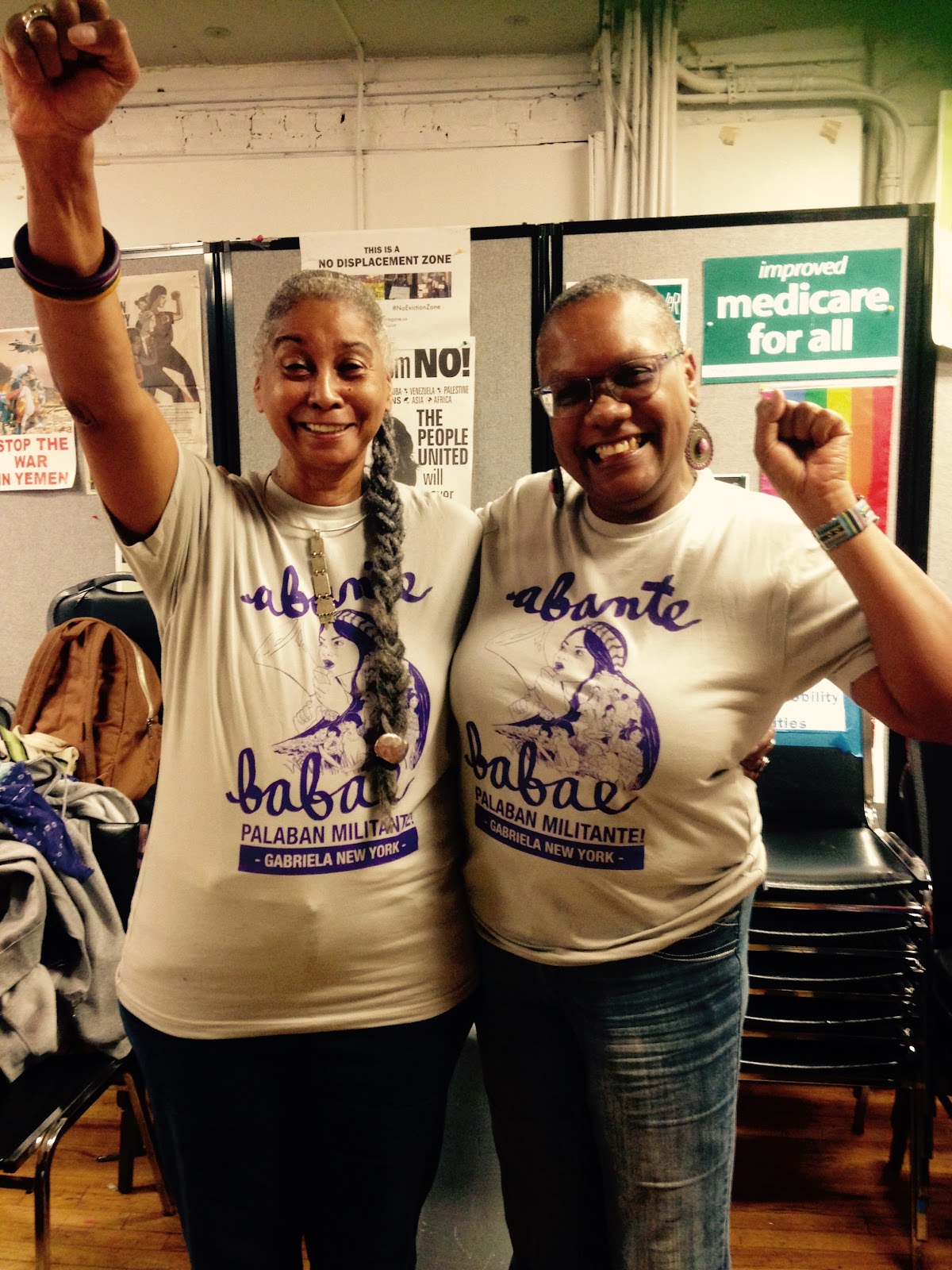 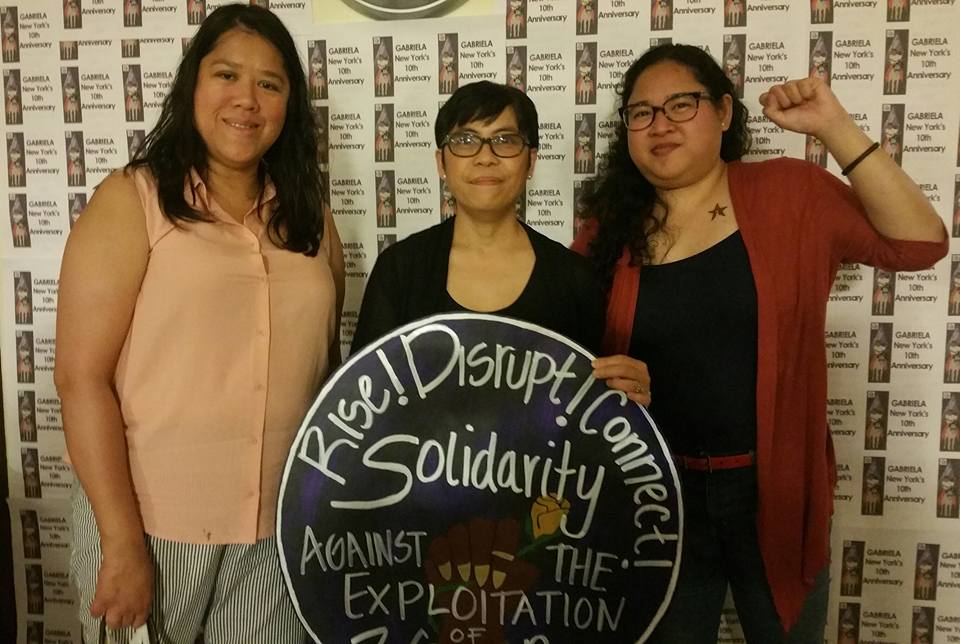