On March 8, GABRIELA New York and thousands of women and allies gathered at Washington Square Park for International Working Women’s Day (IWWD).  This action affirms GABRIELA New York’s commitment to continue to build a militant women’s movement.  A movement that fights against all forms of violence against women, standing in the way of women’s genuine emancipation.

At the International Women’s General Strike on March 8, Secretary General of GABRIELA New York, May Madarang, connected the corporate globalization that impoverishes women.  She highlighted the plight of Filipino migrant women, “Today I am reminded of the working Filipina mothers, daughters, and sisters who are separated from their families in the Philippines. Over 6,000 Filipino migrants leaving the Philippines, 75% of whom are women are placed in receiving countries where they are treated as second class citizens and lack basic human rights. Coming from varying jobs and professions, many of these women are enslaved and trafficked.”

On March 11, GABRIELA New York rose in solidarity with other member groups of the International Working Women’s Day Coalition at the “Women Rise & Organize” intergenerational and international round table discussion and luncheon. At the roundtable discussion, organization leaders from BAYAN-USA, Worker’s World Party, People Power Assembly, Ice-Free NYC, Picture the Homeless, Honduras Resistance and more, talked about organizing goals, setbacks, and lessons learned followed by an open discussion. Many of these freedom fighters emphasized that we must remain committed and unified: learning from and supporting each other in our shared struggles.  BAYAN-USA Chairperson Bernadette Ellorin stated, “Prostitution is bore out of war, military occupation and subjugation of national sovereignty. All women are NOT the same…the liberation of women principally means the liberation of for women from class exploitation. And if there is no liberation of poor women from class exploitation, then there is no women’s emancipation in the Philippines. The Philippines is a country where we had two women presidents but both of those women presidents came from the ruling class, the bourgeoisie comprador class and were very, very active in oppressing the poor in the country.  And allowing US imperialism to dominate the cultural, economic, social and political live in the country, until this very day.”

RISE AND STRIKE FOR OUR RIGHTS! AND TOGETHER, WOMEN RISE FOR GENUINE LIBERATION! 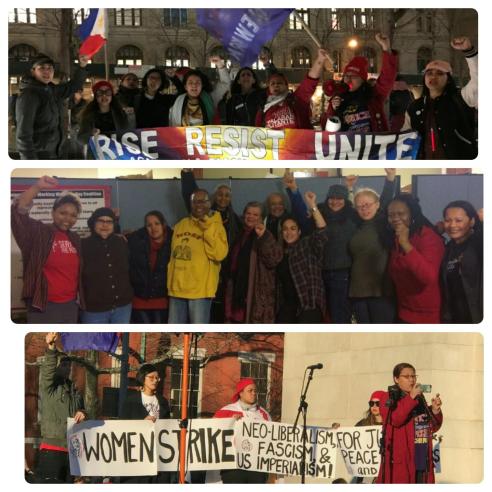 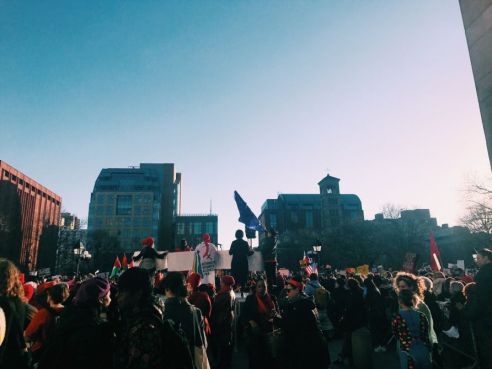 360 Video on Time.com of International Working Women’s Day in NYC