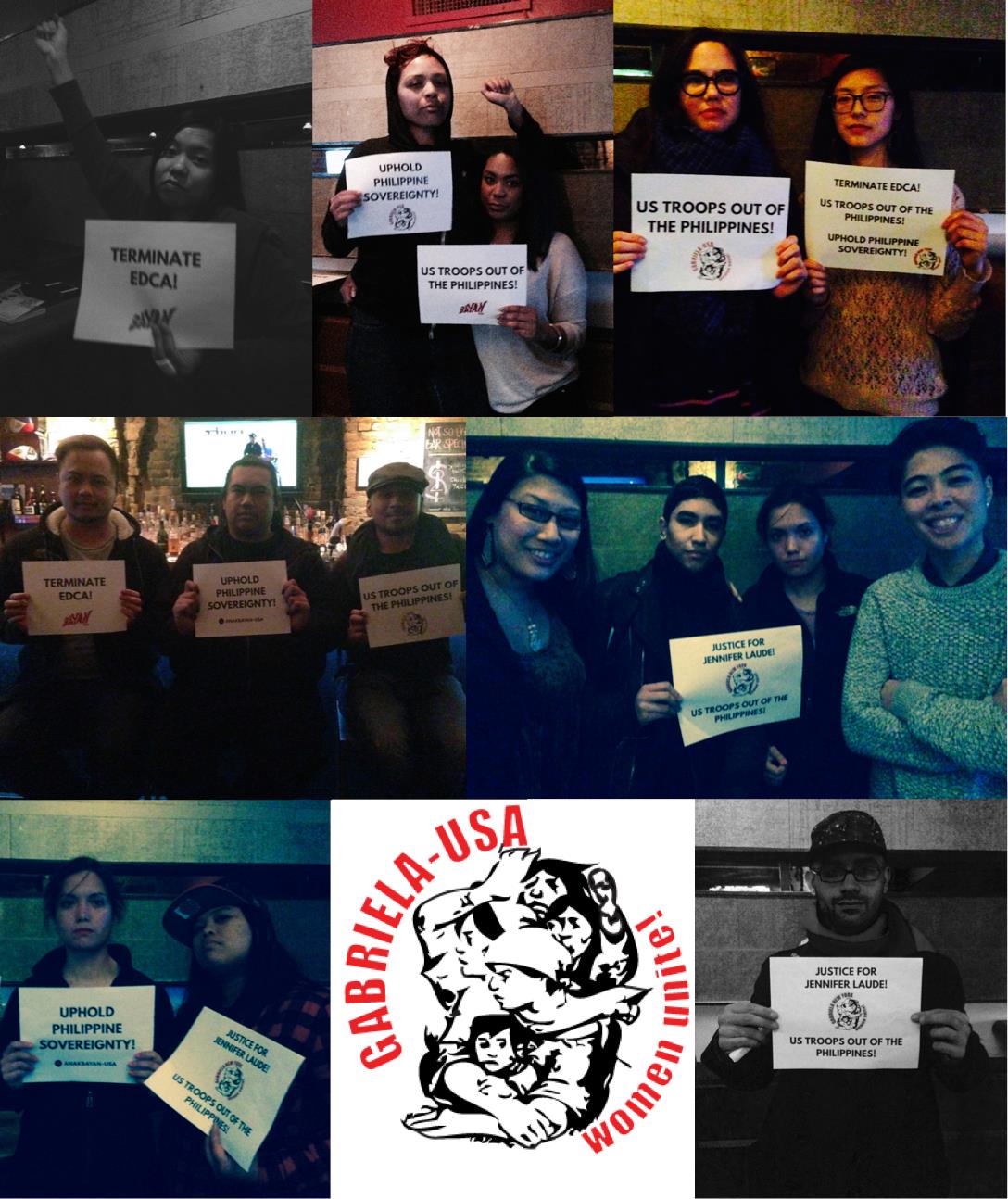 Yesterday, the Supreme Court of the Philippines declared the Enhanced Defense Cooperation Agreement (EDCA) constitutional. Instead of upholding Philippine sovereignty and self-determination, the power elite of the Philippine government has sacrificed the country’s freedom, safety, and security to the will of US imperialism. Under the EDCA, US military troops will be able to build and construct facilities in new parts of the country. US military troops will be able to occupy Philippine soil rent-free and tax-free, while the US secures the Asia-Pacific for its own military and economic gains.

The hard won victory of the historic 1991 Senate vote that ejected US bases from the Philippines is repealed with this Supreme Court decision. The consequences for this ruling will be devastating for Filipino women and children, as evidenced by the cruel death of Jennifer Laude and countless other women and children falling victim to violence due to US military occupation.

GABRIELA USA calls on our community, allies and supporters to take action and express indignation towards the Philippines government for failing to uphold Philippine sovereignty against US imperialist interests.
—

GABRIELA USA is a grassroots-based alliance of progressive Filipino women’s organizations in the United States seeking to wage a struggle for the liberation of all oppressed Filipino women and the rest of our people.

While we vigorously campaign on women-specific issues such as women’s rights, gender discrimination, violence against women and women’s health and reproductive rights, GABRIELA USA also addresses national and international economic and political issues that affects Filipino women.
GABRIELA USA is an overseas chapter of GABRIELA Philippines, and is a member organization of BAYAN USA and the International Women’s Alliance.
info@gabusa.org  |  www.gabusa.org